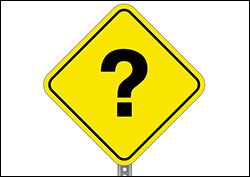 Well, thank goodness the Government is looking out for those individuals who had no idea that they needed to purchase health insurance to avoid a tax penalty. This issue has been kept a secret for the last four years and it is only fair that people be informed and given another chance. The announcement that a special enrollment period will exist from March 15th to April 30 will allow those individuals who have been living under a rock to finally realize that they have to be responsible adults. Of course, by adults, I mean those older than 26 years old. With all the information available in today’s society, (facebook, twitter, 24 hour news, expensive advertising and personal appeals by our King) somehow there were those who had no idea that ACA would affect them. Ok, sorry, I am being a little hurtful here. I suppose that if you had been in a coma, or held in solitary confinement at GITMO, or had lived with Wilson on a deserted island in the middle of the Pacific, yeah, it could be that you didn’t know. Unfortunately, it is another indication that our Government will stop at nothing to allow people to abuse the systems. While the majority of Americans follow the rules, and think that the law pertains to everyone, it seems that we will make exceptions for stupidity. As someone mentioned to me (Thanks Jim), from now on when I am stopped for speeding, I will just say that I wasn’t aware that I had to obey that law. Heck, since I didn’t know I had to obey, I will continue to speed until a month or two months from now but then, by golly, I will obey the speed limit.

When will we realize that this administration has changed the ACA so many times since it was passed that it really isn’t a surprise that there are those who are confused. It seems that every week a new “exception” has been granted or a new interpretation has been released. The CoOp program is failing and leaving people to search out new options. The entire law has been altered to the point where in some ways, none of the original intents are still present. With all that aside, the biggest and most important decision will come in June when SCOTUS will decide on subsidies. With that announcement, look for another special enrollment period to allow for those who get confused to have another chance to get insurance. Then in August, we will probably have another special enrollment period for those who, because of heat and humidity, need to be given a chance to obtain insurance. Then fortunately, we will be in open enrollment for October through Dec 15 (unless of course we don’t see enough people sign up). Well you know, the open enrollment period is different than it was last year so we will have to make some changes.

Why don’t we just assume that you can sign up any time you want? So far, that is pretty much what has transpired. Have fun for the next 20 days until the next Special Enrollment Period.