The Early Years of OCI

The Early Years of OCI 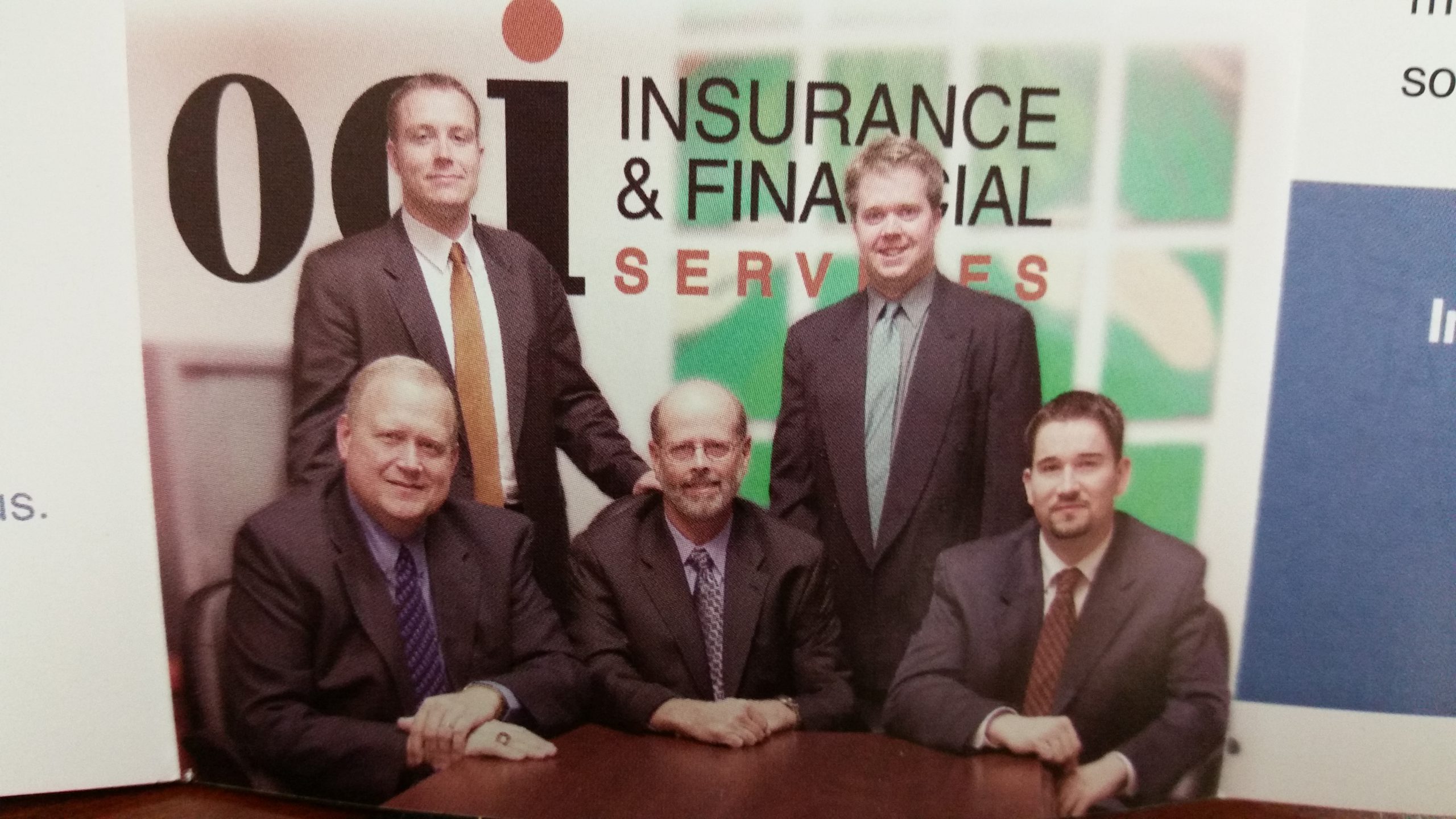 On September 1st, 2002, OCI became a C corporation and its life began. Initially, it was seven of us including Rob Collins, his son Adam, myself, my sons Charles and Nate, and two staff people, Judy and Beverly.

We started with very humble beginnings but planned for some growth from the start. I remember signing a ten-year lease for office space at 17445 Arbor Street. Realizing that I had committed to paying over a half-million dollars in rent meant that we better make this work or there would be some really big problems down the road. Leasing space also meant we had to help pay for the build-out (this was new to me) and since we were new and had no track record, banks were not willing to lend money. Rob and I put our own money in to cover the costs of build-out and to pay salaries and office expenses. Fortunately, we were both doing well with our own private practices to allow us to cover these costs. One of the first purchases was furniture. I remember going to Office Depot and purchasing ten or twelve desks, credenzas, bookshelves, and filing cabinets. We purchased them un-assembled and spent every evening for several weeks putting these items together. The hope was that this furniture might last for 5-6 years as it was in-expensive and, remember, we put it together. Ironically, when we moved out of the space 17 years later, there were still remnants of this furniture that we were still using. After furniture, other costs included the phone system, copier, fax, office supplies, and hundreds of other incidentals. It is surprising how much expense there is in opening a business. This is before all legal, accounting, and other professional fees. Yet, OCI used current income (Rob’s and mine) to cover expenses and debt was not incurred.

The next step was to become a General Agent with a carrier. At the time, most carriers had been exposed to what we call “aggregators” but not to true General Agents. These aggregators would encourage agents to combine their business under one person and obtain higher compensation for doing that. OCI was built on a different premise. Yes, the business would fall under the OCI “umbrella” but it would help distribute products efficiently, pay brokers directly, and increase the amount of revenue for agents overall by taking away the parts of the business that agents aren’t good at. The first carrier to recognize OCI as a General Agent was United Healthcare. This allowed us to promote ourselves as a general agency and gave us the opportunity to earn compensation by helping agents write more business. Soon after our being recognized by United Healthcare, other carriers saw the benefits of partnering with OCI and within a few years, most had signed agreements with us. The business was growing and additional staff people were needed.

The problem with most companies, OCI included, is when do you hire? If you wait till you are behind, it is too late and hard to catch up. If you hire too early, you drain the resources and may or may not see the revenue. Either of these makes for a really hard time if mistakes are made. We were fortunate that the business was growing, and our team was growing also.

Then in 2006, Charles came into my office and told me I needed to see something. He proceeded to show me a website that had all the information about an agent’s business, policies, and commissions. This was the type of software I had been searching for over the last few years and now it was right there on the screen in front of me. I asked how he found it. An agent who recently moved to Nebraska from Phoenix had asked if we had something similar to what he was used to. After seeing the software, I knew I needed it for the next stage of our growth. The software was AGB and Black Gould and Associates were the ones using it. Not knowing what else to do, I went on their website and found the name of the principal. Bill Gould was the founder and principal of the agency, so I gave him a call. I told him how impressed I was with the software, and would he be so kind as to tell me how he obtained it. After some conversation, it was revealed that they had developed it internally and were allowing certain other agencies to “purchase” it. I asked if there was any way I could come down and talk to him about purchasing it. He was receptive and Rob and I were on a plane later that week. The software was exactly what we needed and although there was a “buy-in” and monthly commitment, I didn’t have to think twice, this software was going to change OCI forever. We negotiated the ability to implement the software into our practice and by July of 2007, AGB was up and running at OCI. It changed everything and we became known not only for the services we provided but also for the technology that we had. Of course, there were some hiccups at first. To get information into the system as quickly as possible, some of the data was left out. Over time, this led to problems that required going back and entering information which at the time didn’t seem necessary.

OCI saw huge growth from 2007 to 2010 and we were prepared for even more growth. Then, a couple of major things happened. One was the signing of the Affordable Care Act (Obamacare) which led to panic from some carriers and agents. The other was an offer to purchase OCI. Each was truly a transformation to the business and each was quite trying to it as well.

When the ACA was signed into law, there was much angst in the industry. In response to the law, one carrier chose to sever its relationship with OCI and its agents. Not only did the carrier decide to sever the relationship, but it also chose not to honor a contract that it had written and agreed to. OCI had no choice but to pursue legal action as the amount of money was significant to a small business. Having no concept of legal matters other than some basic contract law, I chose to file suit in the amount that we were owed in back commissions. The carrier then counter-sued which to this day I have no understanding as to the reasoning. It was frightening to see large numbers being thrown around at the same time revenue was cut significantly to OCI. There were times during the two and half years it took to go through the courts that OCI was running out of money. Without the carrier’s revenue, OCI was in deep trouble and I recall, setting up a meeting with the employees where we were going to have to lay people off. The management team had decided that 3-4 people would be let go. We explained to the employees what was happening and the trials we were experiencing. To our employee’s credit, they sacrificed for the sake of the company. Some would take unpaid time off, others cut their workweek and paycheck, and everyone stepped up to make things work out. We never missed a payroll, never missed a payment, or had to let anyone go.

At the same time, another entity put in an offer to buy OCI. It was a very fair offer and the people who made it were well known. Rob and I mulled it over and he suggested we accept it with all that was going on. For some reason, I wasn’t ready to sell and suggested to Rob that I purchase his portion of the business for one-half plus some. Since he was willing to sell to the outside group, it made sense he would accept my offer. To this day, I think we both felt it to be a fair exchange. With all that was going on, I was surprised that I was able to obtain bank financing but it was probably one of the easiest things I have done.

We ended up settling the lawsuit in our favor with the carrier paying us the owed amount. Although it was a significant amount, it really only put us back to even since we had borrowed to keep things going. But now we were back to ground zero and I owned 100% of OCI. Things were going to change over the coming years, and they did.

Up Next: The Growth of the Brand